A historic milestone for Higher Education in Vanuatu.

The recruitment process was entrusted to a locally-based international Recruitment Agency which advertised the Vice Chancellor and Deputy Vice Chancellor positions in the Pacific region from May to June 2020. Amongst the 9 candidates who applied online for the VC job, Mr Nirua’s candidature was ranked first and he was selected as the best candidate for the position by the Recruitment Panel established by the NUV Council, and recommended to the full Council for endorsement.

Mr Nirua brings to the emerging National University of Vanuatu 30 solid years of well invested professional experience with proven qualities in university governance and administration, and top level management skills in government and regional corporate entities. He has in-depth knowledge of education and training development locally and internationally and a good vision for the development of Higher Education in Vanuatu; having served the University of the South Pacific for 15 years as the first indigenous Ni-Vanuatu DFL Centre Director and later Emalus Campus Director in Port-Vila. In addition to serving the USP, Mr Nirua has served the Government of Vanuatu for 9 years, the final four years of which as Director of National Planning and Statistics Office. He also served the MSG Secretariat in Port-Vila for 6 years as Director of Operations and Corporate Services. Elected in Parliament in 2016, he was appointed Minister of Education and Training in the recent 11th Legislature.

As State Minister responsible for national education and training, Mr Nirua has carried the voice of Vanuatu and vocally advocated the cause of accessible quality education and training for Vanuatu in many local, regional and international fora, workshops and conferences. In so doing, Mr Nirua has built on behalf of Vanuatu, excellent contacts with regional and international partners at bilateral and multilateral levels, including English and French speaking universities and institutions in several countries around the globe and organisations like the Commonwealth Secretariat, the Commonwealth of Learning, the Association of Commonwealth Universities (ACU), l’ Organisation Internationale de la Francophonie, l’Agence Universitaire de la Francophonie (AUF) who has a local office established within the campus of the National University of Vanuatu.

Amongst the many achievements realised in the four years he served as Minister of Education and Training, one of the most noble national legacies former Hon. Minister Nirua will be recognised and acknowledged for, was to personally spearhead and meticulously lead and guide a Team of MOET officials with international consultants to collaborate with the State Law Office in fast-tracking and finalising the process of legislating the Act establishing the National University of Vanuatu in a time record, which was unanimously adopted by the Vanuatu Parliament on the 17th December 2019.

In accepting his appointment, Mr Nirua expressed deep appreciation and gratitude to the NUV Council for their trust and confidence they have in him for a direct appointment; but more importantly for their historic decision to appoint a Ni-Vanuatu as the first Vice Chancellor of the National University of Vanuatu. This is very symbolic, he added, as the country and the people of Vanuatu have just celebrated and continue to celebrate the 40th anniversary of the country’s political independence and socio-economic emancipation this year, in 2020; which all come with a strong sense of maturity embraced in its citizens.

Mr Nirua expressed thanks and appreciation to the Hon. Minister, Director General of MOET, the Director and Team of a handful of staff of the Tertiary and Higher Education Department of the Ministry for their trust and diligence in keeping the transitional operations of the National University of Vanuatu running for the last few months.

In the presence of the current NUV students and staff, the Council, invited guests and the media; the founding Vice-Chancellor of the National University of Vanuatu expressed his strongest desire to immediately develop and consolidate the establishment of the National University of Vanuatu so it can better serve the interest of the students and address the human resource needs of the country.

“There are a number of priority matters to be addressed within a short time span, but a clear NUV Development Roadmap will be developed for Council’s endorsement in coming weeks before more details on the priorities and steps to roll them out can be disclosed”, VC Nirua said.

“But I look forward to lead a team and guide the National University of Vanuatu to develop and grow as a reputable institution of teaching, learning and research; one that will naturally nurture a truly unique, national but multilingual identity, which reflects the unique place of Vanuatu in the region and world”. VC Nirua added that, “as a place of social cohesion and high intellectual emancipation, the national university will provide the most inclusive and friendly environment for Ni-Vanuatu youth who aspire to become hard working national and international citizens and key players in evolutionary innovation”.

Mr Nirua will begin to carry out his official functions as Vice-Chancellor at the National University on the 1st September 2020. 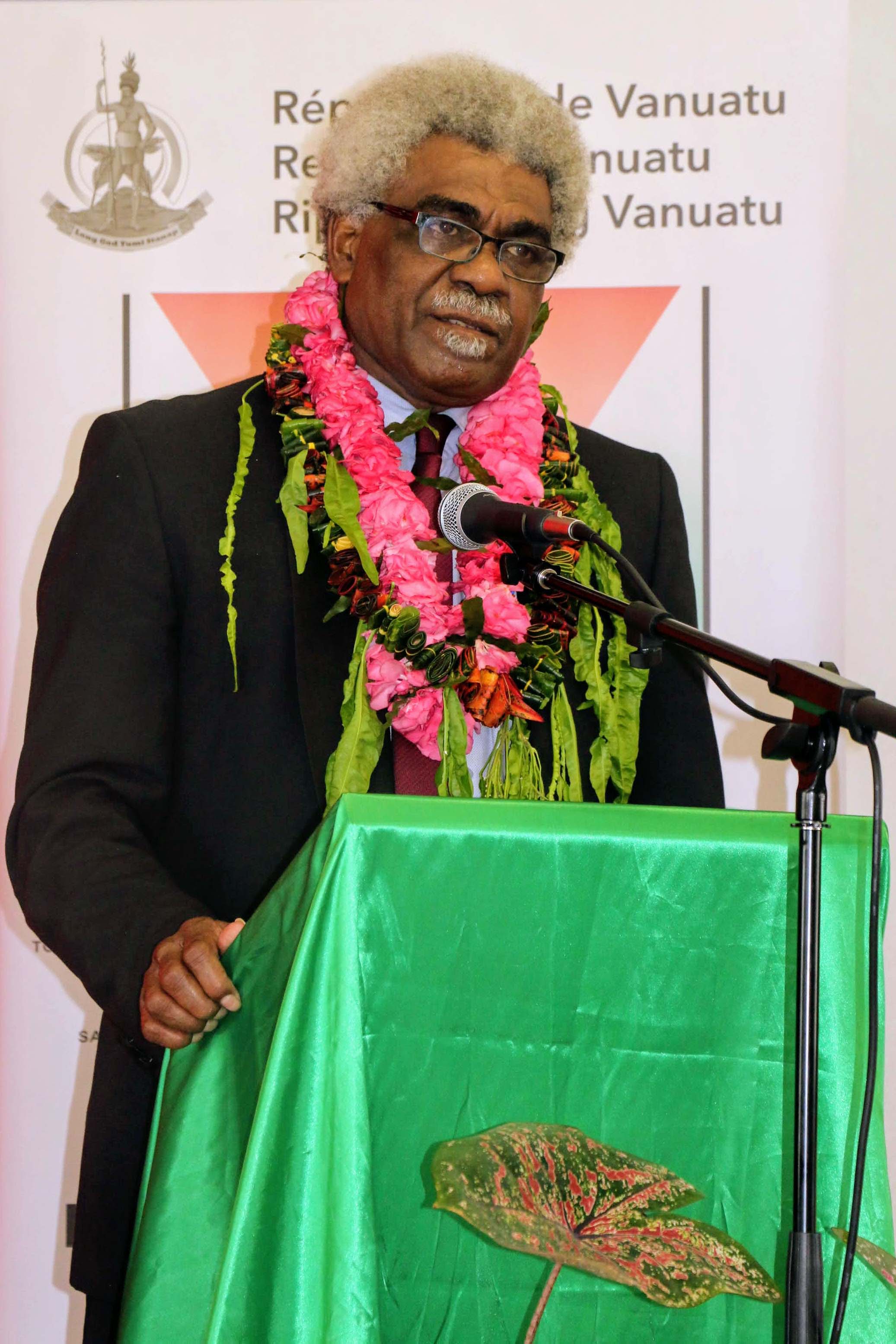