The UNV is chaired by its Vice-Chancellor appointed for a term of five years.

A Deputy Vice-Chancellor assists the Vice-Chancellor. He / She is appointed for five years.
His/her field of action concerns more particularly the administrative management of the university.

Under article 6 of the Act, the Council consists of 9 members. The first Council has met on the 29th February 2020 and has made 8 deliberations that are currently being implemented.

The Senate consists of 7 members.

(3) The Vice-Chancellor of the NUV 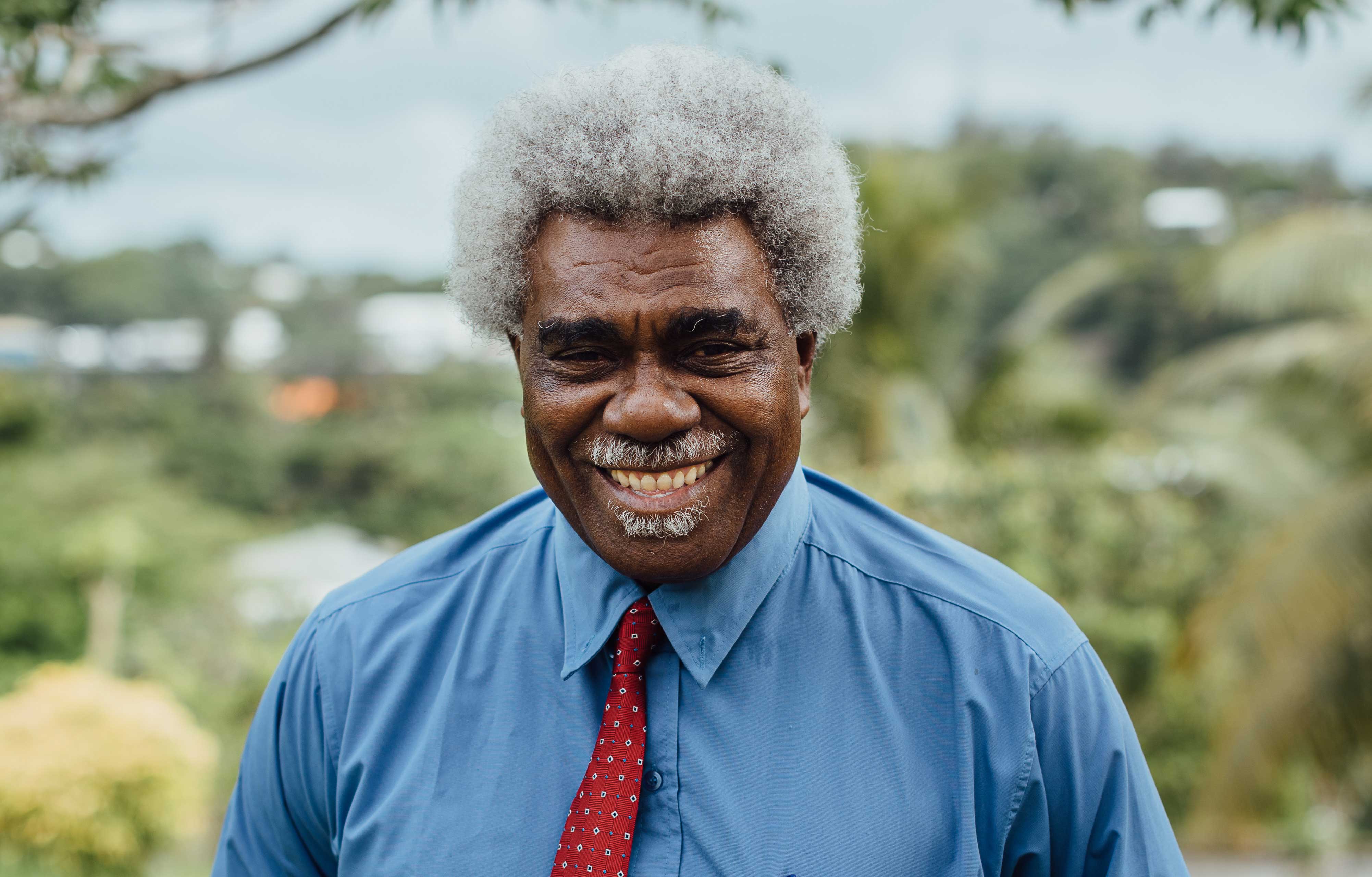 Mr. Jean-Pierre Nirua took office as President of the new National University of Vanuatu on September 1,       2020.

Mr Nirua brings to the emerging National University of Vanuatu 30 solid years of well invested professional   experience with proven qualities in university governance and administration, and top level management   skills in government and regional corporate entities. He has in-depth knowledge of education and training   development locally and internationally and a good vision for the development of Higher Education in         Vanuatu; having served the University of the South Pacific for 15 years as the first indigenous Ni-Vanuatu   DFL Centre Director and later Emalus Campus Director in Port-Vila. In addition to serving the USP, Mr Nirua   has served the Government of Vanuatu for 9 years, the final four years of which as Director of National   Planning and Statistics Office. He also served the MSG Secretariat in Port-Vila for 6 years as Director of   Operations and Corporate Services. Elected in Parliament in 2016, he was appointed Minister of Education     and Training in the recent 11th Legislature.

As State Minister responsible for national education and training, Mr Nirua has carried the voice of Vanuatu and vocally advocated the cause of accessible quality education and training for Vanuatu in many local, regional and international fora, workshops and conferences. In so doing, Mr Nirua has built on behalf of Vanuatu, excellent contacts with regional and international partners at bilateral and multilateral levels, including English and French speaking universities and institutions in several countries around the globe and organizations like the Commonwealth Secretariat, the Commonwealth of Learning, the Association of Commonwealth Universities (ACU), l’Organisation Internationale de la Francophonie (OIF), l’Agence Universitaire de la Francophonie (AUF) who has a local office established within the campus of the National University of Vanuatu.

Amongst the many achievements realized in the four years he served as Minister of Education and Training, one of the most noble national legacies former Hon. Minister Nirua will be recognized and acknowledged for, was to personally spearhead and meticulously lead and guide a Team of MOET officials with international consultants to collaborate with the State Law Office in fast-tracking and finalizing the process of legislating the Act establishing the National University of Vanuatu in a time record, which was unanimously adopted by the Vanuatu Parliament on the 17th December 2019.